For once in my life procrastination worked out in my favour. I wanted to take part in the Doctor Who Walking tour when we were in Cardiff and had to wait for them to be available to book online. When they finally were I chose the Ultimate ticket for the grand total of £28.14 (yeah weird price I know) this included access to the Doctor Who Exhibiton, the walking tour and a set tour of the freaking TARDIS! Yes, the actual real TARDIS set that Matt Smith has been (and possibly will be) filming on!! To say I was excited was a massive understatement.

We were given passes that would allow us access to the BBC Roath Lock studios where Doctor Who (and a multitude of other BBC shows) are filmed and were escorted over by a member of the DWE staff to one of the four studios that are used, the one that houses the TARDIS. We were a small group, less than twenty people, and were allowed to enter the TARDIS in groups of four or five. When they asked who wanted to go first Matt and I of course jumped at the chance while the others sat outside on a wide array of comfy chairs stolen from the props department. 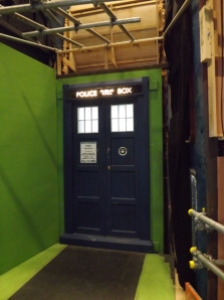 Outside the TARDIS doesn’t really look very impressive (and I’m sorry say that it’s not really smaller on the outside. There is though a door to the TARDIS with green paint around it that they use to CGI in a background when a police box sized TARDIS won’t do. We were allowed to take pictures in front of it and then it was time… 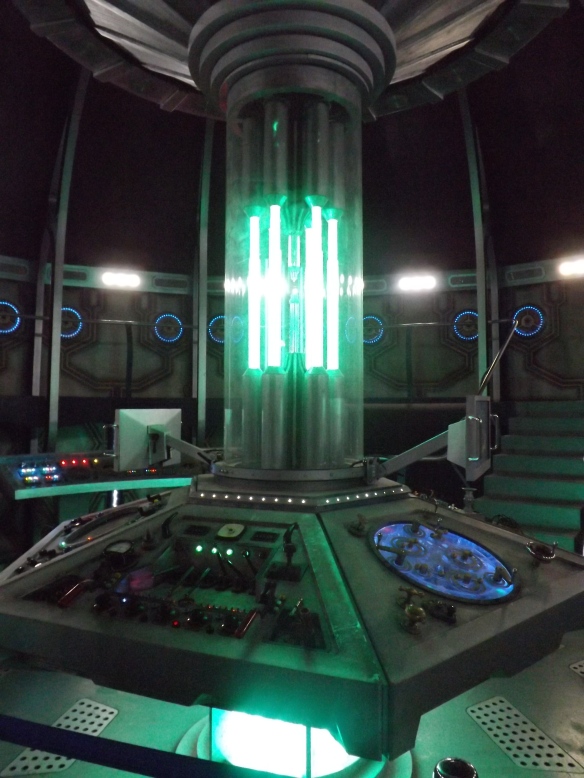 As it’s a working set (in fact it was last in use 9 days before our visit but who and what was being filmed on it they wouldn’t say) we weren’t allowed free reign of the place as they need to keep it in tip-top condition for when filming restarted in September but we were able to get quite close to the console and my camera zoom took care of the rest of it. It was really quite exciting being IN the TARDIS and I may have squee-d out loud a couple of times. One of my favourite parts was this table full of bits. When asked about it we were told that they were kept on hand for emergency repairs because Matt (Smith!) tends to break the console quite regularly lol. 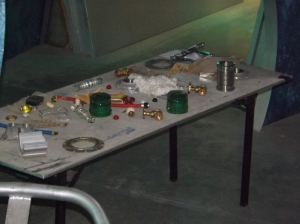 It was an immense experience and I would love to be able to do it again but alas the tour is sold out already and at least I can say I was one of the lucky ones. I wonder what Doctor number twelve will think of it?

This site uses Akismet to reduce spam. Learn how your comment data is processed.